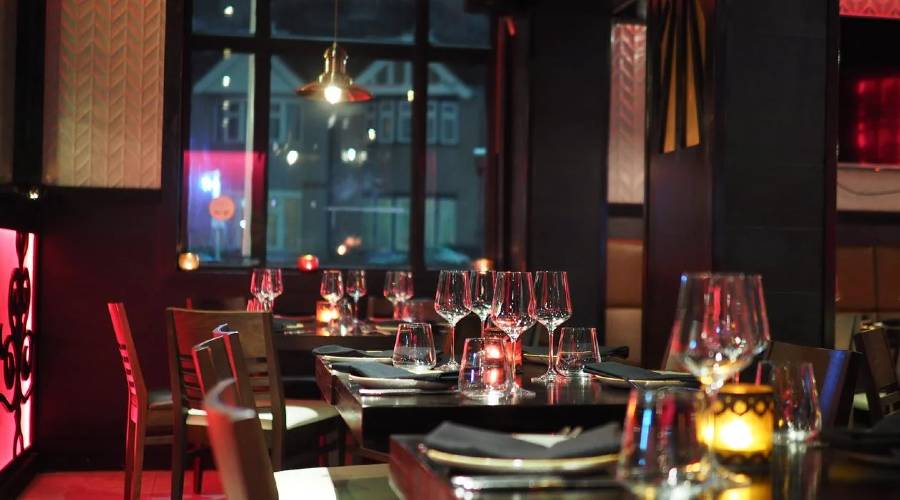 Depending on who you ask, Parramatta is either soon-to-be or already the second Sydney CBD. As one might expect then, especially of a place home to masses of university students, oodles of young families, and an ever-growing creative scene, the suburb is replete with a share of eateries and drinking spots very fair in quantity and quality alike. Cafes aplenty here provide eats, drinks and vibe very much on par with that of their more inner-city equivalents. Restaurant options range from those dishing up unpretentious and eclectic fare concocted by Parramatta’s large base of long-time immigrant residents through to hip burger joints and all the way to them offering fine dining experiences. Check out our recommendations below for the best restaurants in Parramatta that you can experience next time that you are out dining in the area.

The pink neon-lit Lilymu is by the same owners of modern Middle Eastern favourites Nour and Henrietta and brunch spots Cuckoo Callay. A departure from that though, it is reconceived Asian fare that Lilymu brings to the first stage of the new $3.2 billion Parramatta Square development and the driving force behind which is ex-Mr Wong head chef Brendan Fong. Lilymu very much lives up to these credentials. Duck katsu sando with chilli jam, kimchi fried rice with edamame, snapper and coconut ceviche and tom yum prawn dumplings are but a few of the two dozen tasty plates here designed for sharing. 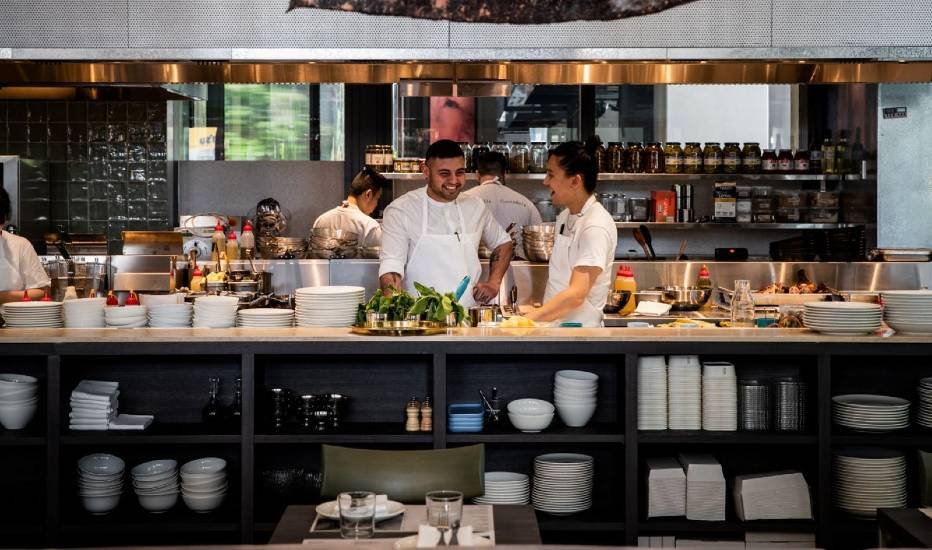 Though open only since late 2019, CicciaBella has made quite the proverbial splash in Bondi. Now Parramatta can get in on the same stylish-yet-unfussy dining experience, also in the new Parramatta Square. As per the eastern beaches’ version, CicciaBella Parramatta seeks to honour the simplistic cucina povera approach to Italian in a setting imagined by renowned designer Fiona Lynch. Diners are transported to Calabria and Sicily in southern Italy via antipasti including marinated zucchini with almond and prosciutto san daniele, pizzetta and pasta such as spaghetti alle vongole with clams and rigatoni with ossobuco ragu. 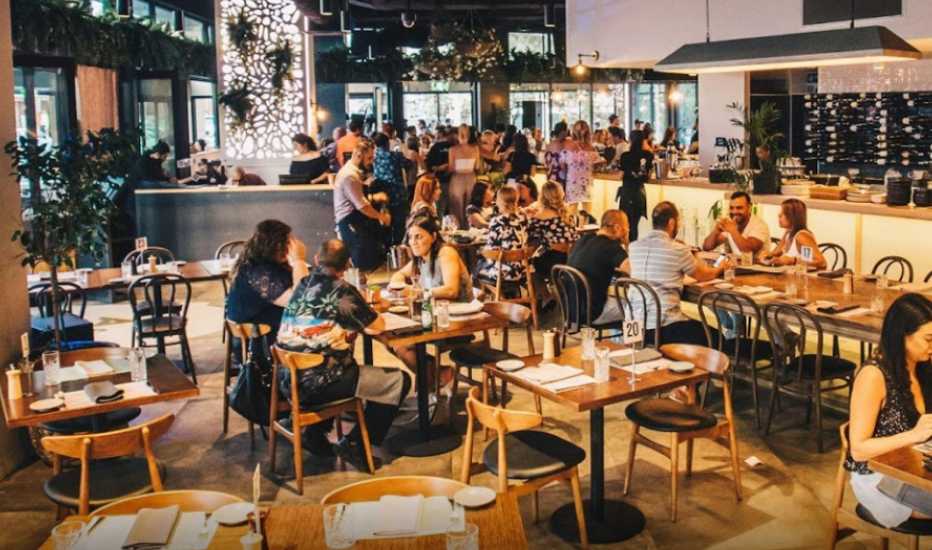 With views of Parramatta River, Alex&Co is big, airy and Insta-worthy. Opened in 2017, it is popular for its style, generous happy hours, lengthy bespoke cocktail list (crafted by Vasco’s Max Greco) and snappy service delivered by friendly staff. And that is to say nothing yet about Alex&Co’s all-day modern Australian menu engineered seasonally and with focus upon local produce. Coddled eggs with blue swimmer crab are popular in the AM, with the lunch and dinner menus consisting of dishes equal parts innovative and tasty including super green pizza with stracciatella gelato, braised wagyu strozzapreti and slow-roasted lamb shoulder with chilli zhoug. 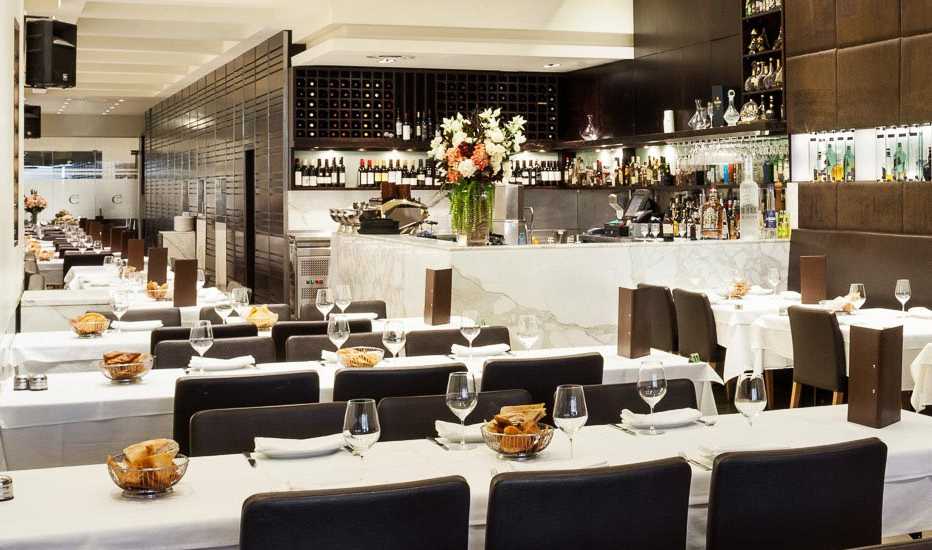 El-Phoenician has been a Parramatta institution for two decades. One of Sydney’s most well-liked Lebanese restaurants, its success has recently seen it become the forebearer to the same owners’ Jounieh in Walsh Bay. El-Phoenician Parramatta presents its traditional-yet-modern cuisine in a stately but sleek space via fine dining service and a humming atmosphere complete with belly dancing on weekends. Dips, mezze, sizzling shawarma, lamb or chicken grills and seafood abound, while the Roche, El-Phoenician and Byblos set menus are a great way to (attempt to) traverse it all. 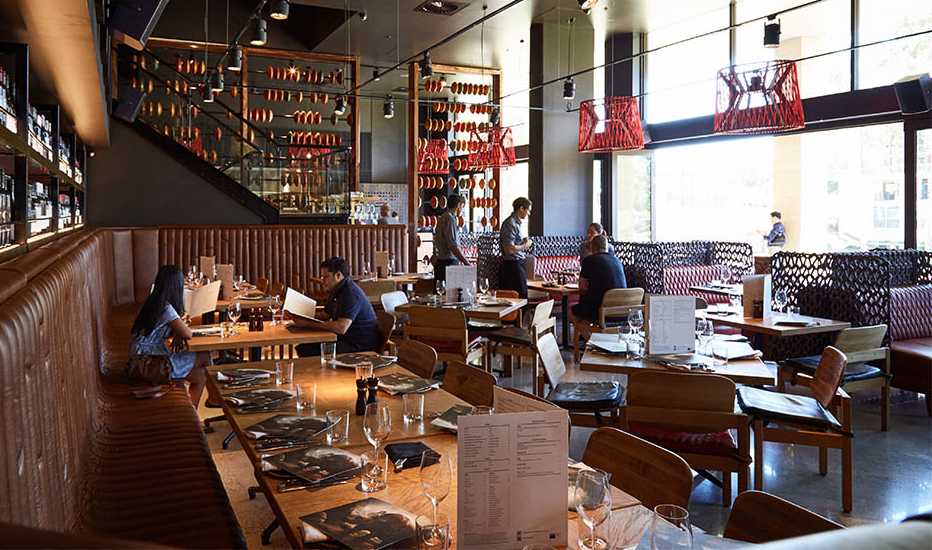 As per the chain’s two other African-inspired eateries in Sydney, the Meat & Wine Co’s iteration in Parramatta is a place of quality. This is true of the woodwork, hand stitched leather furniture and handblown glass lights that make up the décor right through to its produce and service by which it is provided. As the restaurant’s name not-so-subtly indicates, it is the beef and vino which here are the stars of the show. The Meat & Wine Co Parramatta’s Monte Fillet, Shorthorn New Yorker and Wagyu Rump are just some the steaks on offer, each exclusively sourced and expertly dry aged to ensure maximum tenderness.

If you’re looking for a delicious meal out, Parramatta has no shortage of quality restaurants to choose from. Whether you’re in the mood for Modern Australian, Asian, Indian or Lebanese cuisine, there’s something on offer to satisfy everyone’s taste buds. And with CicciaBella Trattoria & Bar and Alex&Co recently opening their doors, the choices have just gotten even better! So be sure to book ahead – these places are always busy!