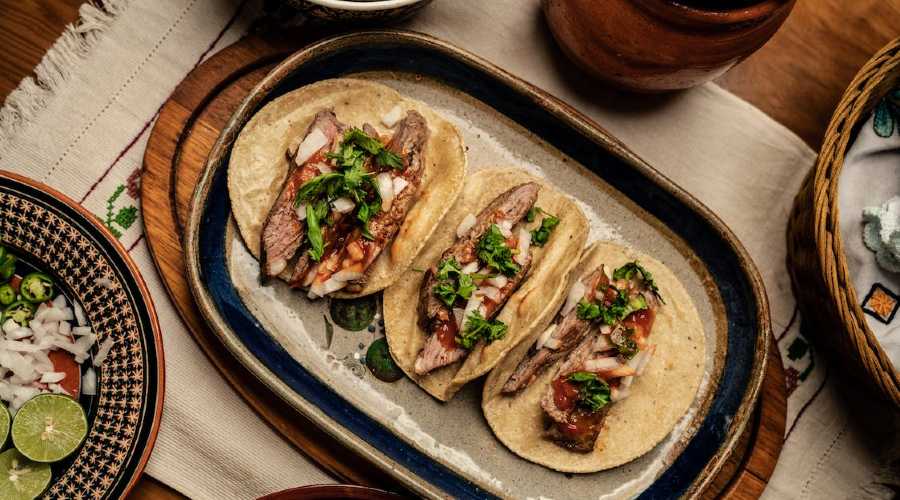 Still 30-plus restaurants strong nation-wide including several in greater Sydney, Taco Bill’s is my own first memory of Mexican food and was indeed the first to market it in Australia in the late 1960s (before my time FYI).  From then, the cuisine’s uptake here was something of a slow burn (pun intended) until an explosion in the mid-2010s, when Australia’s Mexican and Tex-Mex restaurants listed on Urbanspoon (now Zomato) more than doubled in less than two years.  Sydney has numerous that bring Mexican’s trademark vibrancy, flavour and fun.  Some of our fair city’s best proponents (in no particular order) include the following: 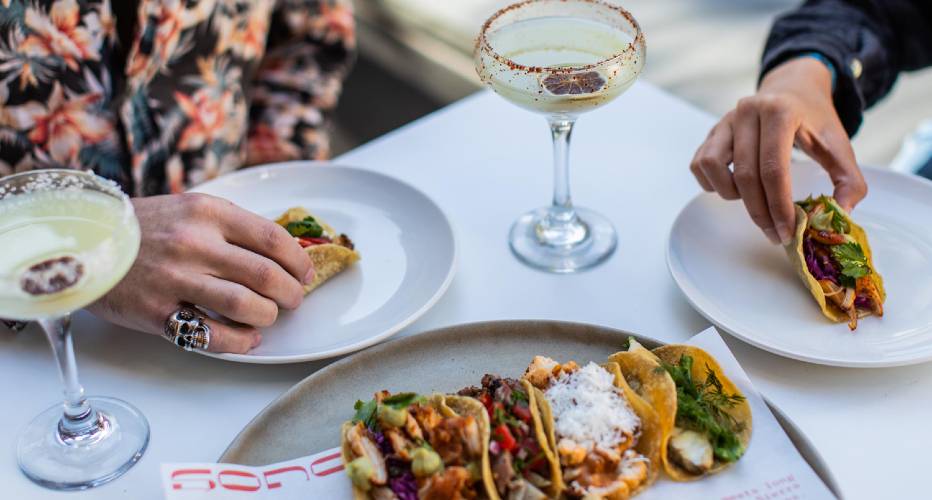 Sonora in Potts Point, brought to you also by Milpa, is a Mexican restaurant and mezcal bar minus any sugar skulls or sombreros.  Ex-Three Blue Ducks head kitchen honcho Juan Carlos is at the controls here and uses a long-time family recipe to craft flour tortillas on a special machine brought back from his native United States.  Sonora offers diners his menu of Tacos Chingones (or ‘bad-ass tacos’), complete with ingredients including Wagyu-pastrami, coriander-and-cabbage sauerkraut, and much more.  The bar puts out almost 30 different mezcals, only Mexican beers, and cocktails with south-of-the-border twist including the Tamale Negroni. 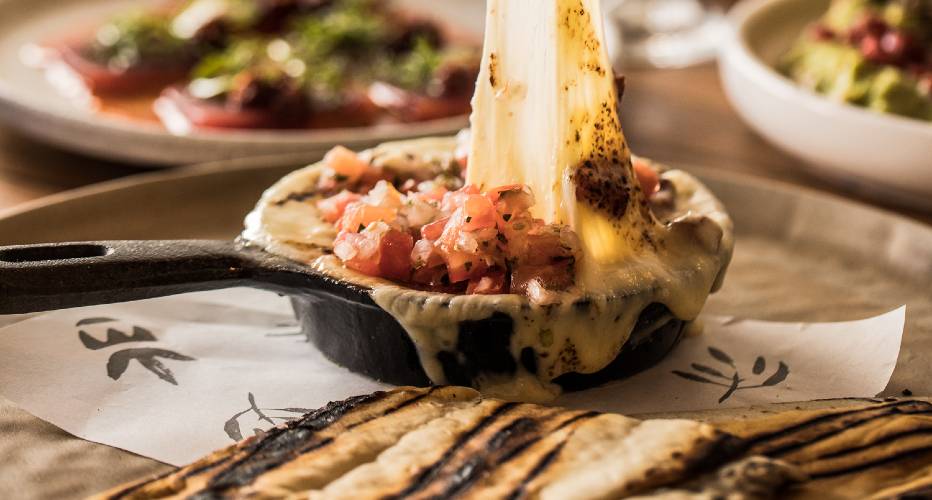 Carbon (translating to ‘charcoal’ in Spanish) is one of hospitality group Milpa Collective’s three Mexican eateries, sister to both Bondi Beach’s seafood centred Calita and high-end Pott’s Point restaurant and mezcal bar Sonora discussed below.  This iteration is all about wood fired dishes though, crafted via traditional parrilla techniques and with focuses upon inventiveness and use of best available fresh produce.  Said inventiveness includes Carbon’s ‘Make Your Own Tacos’ (MYOT) which rely on diners creating their own taco flavour combos.  Also unique here is Carbon’s Bottomless menu which, for a set time, entails unlimited tacos, salsas, and all-you-can-drink classic margaritas. 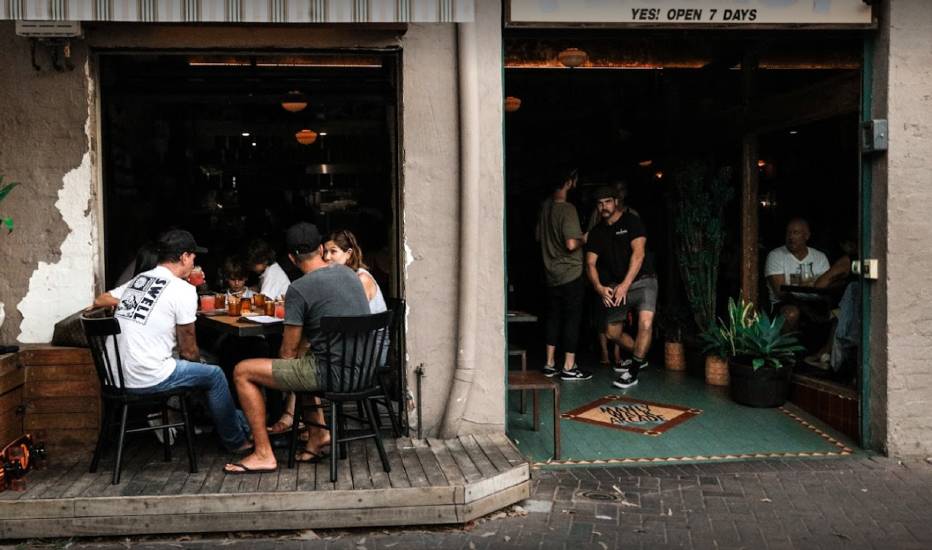 Chica Bonita, hidden at the rear of a small Manly arcade, is all about colour in its decor: kaleidoscopic Mexican tiles, Dia de los Muertos dolls and indeed sugar skulls here abound.  This approach rings true too of its tight menu dominated by tacos and tortillas such as those entitled the California, Baja, Barbacoa, and Hippie.  Chica Bonita offers the ingredients of these also in bowls all served with salad dressed with requeijão, pepita pesto, orange and lime.  Housemade guacamole, corn salsa, pico de gallo and three increasingly spicy hot sauces seal the Chica Bonita deal. 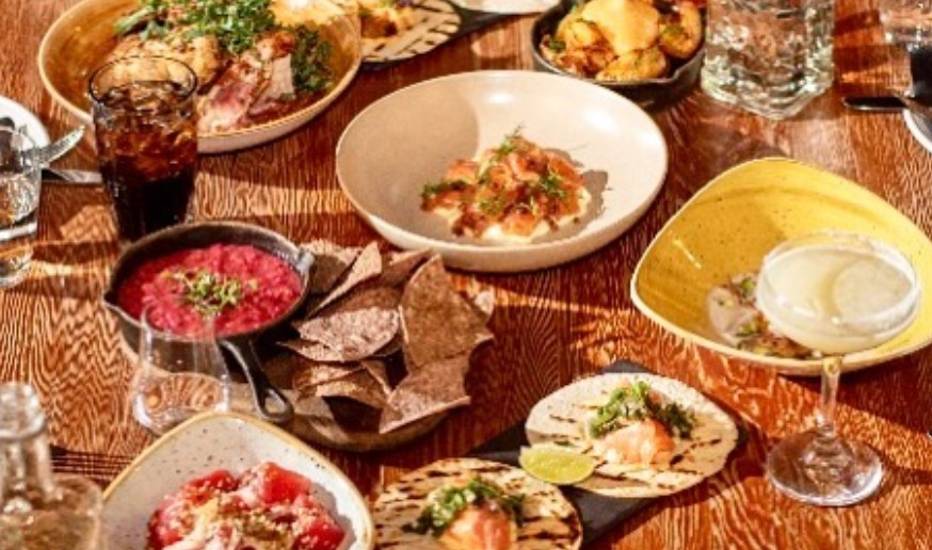 In a high-ceilinged, industrial Pitt Street space decorated with fluoro-pink Aztec-style images, Mejico brings the goods for CBD diners with a Mexican craving.  Its service is sharp and includes guacamole consisting of hass avocado, Spanish onion, chilli and coriander being crushed by floor staff at your table.  Mejico’s starting or sharing options include plantain chips, pistachio pate with tapioca crisps, jalapeno poppers and beef brisket empanadas.  Both vegetable and seafood ceviches also are on offer here, as is an impressive drinks list complete with great wines, Young Henrys beers and hundreds of tequilas. 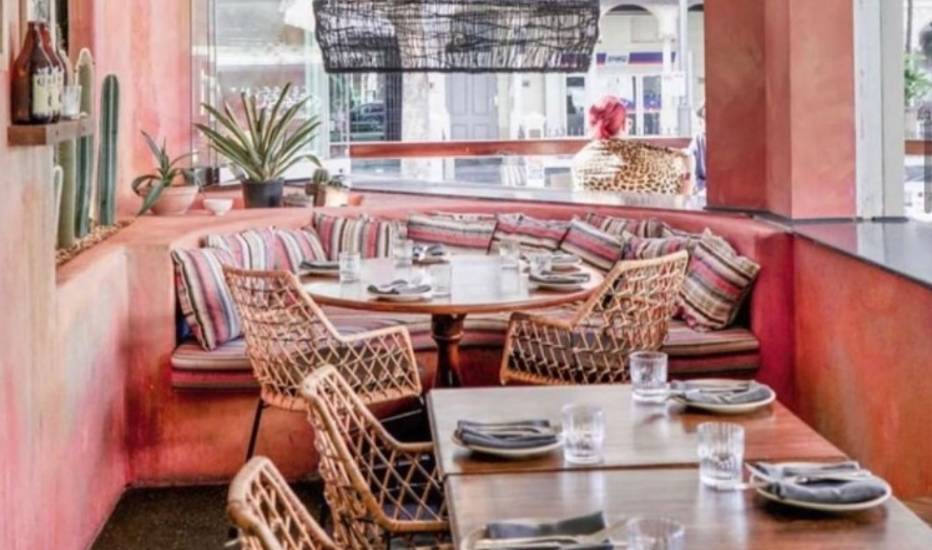 While the owners’ previous restaurant Barrio Chino was more about American-Mexican fare including guacamole, corn, tacos and burritos, Chula in King’s Cross strives to provide dishes more traditional.  Its Oaxaca-style pizza with corn masa bases is a nod too to Hugo’s Pizza Bar which operated in this premises previously.  Seafood is another focus here, while dishes such as its Carne Asada sirloin and six-hour-braised Beef Barbacoa more than satisfy those hankering for meat.  Late night dining is something Chula is well known for, trading until 1am Fridays and Saturdays and 11pm all other days.