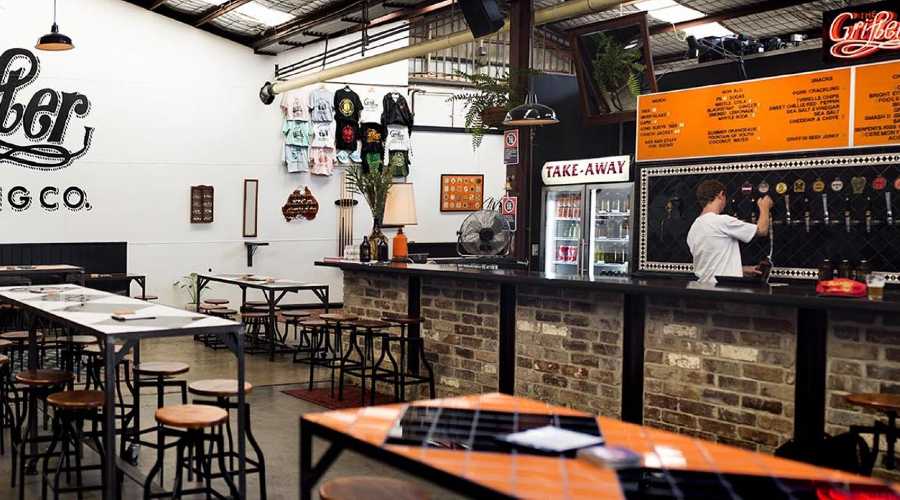 In recent years craft breweries have really taken off, not just in Sydney, but all across Australia. Perhaps it’s the thought of consuming the beer, right where it is made, that appeals to so many people. Or maybe it’s just because they want to try something new. But whatever the reason for its current popularity, it is a trend that seems here to stay.

All over Sydney, there are a number of dedicated craft breweries that showcase all manner of bespoke ales, lagers, and porters. Outlined below is our selection of 20 of the best of them. 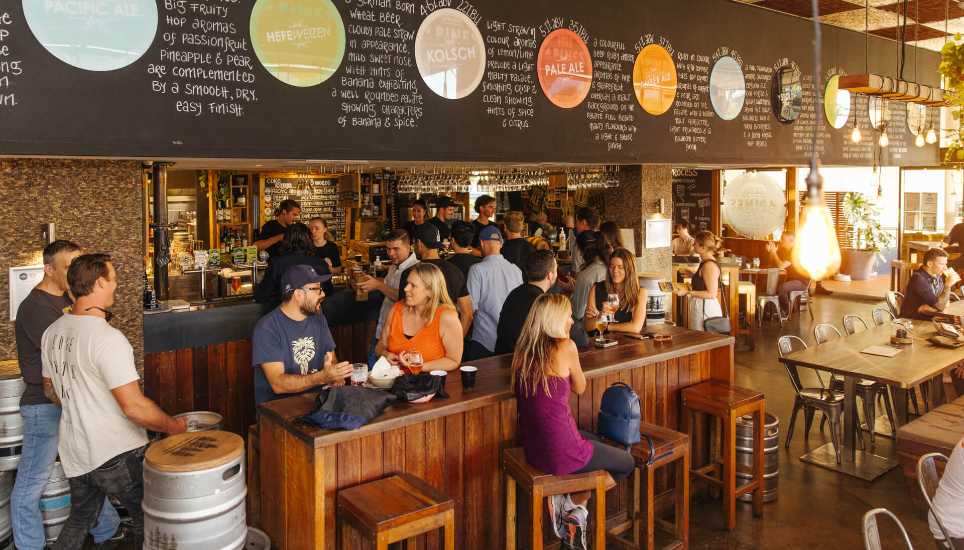 A major success story in the craft beer scene, the 4 Pines Brew Pub has thrived since its inception as a microbrewery in Manly. So much so that they now have 4 venues across Sydney and is the official beer of the Australian Men’s Cricket Team. If you visit their Manly premises, you will get a free pint on a Monday with any meal you buy. 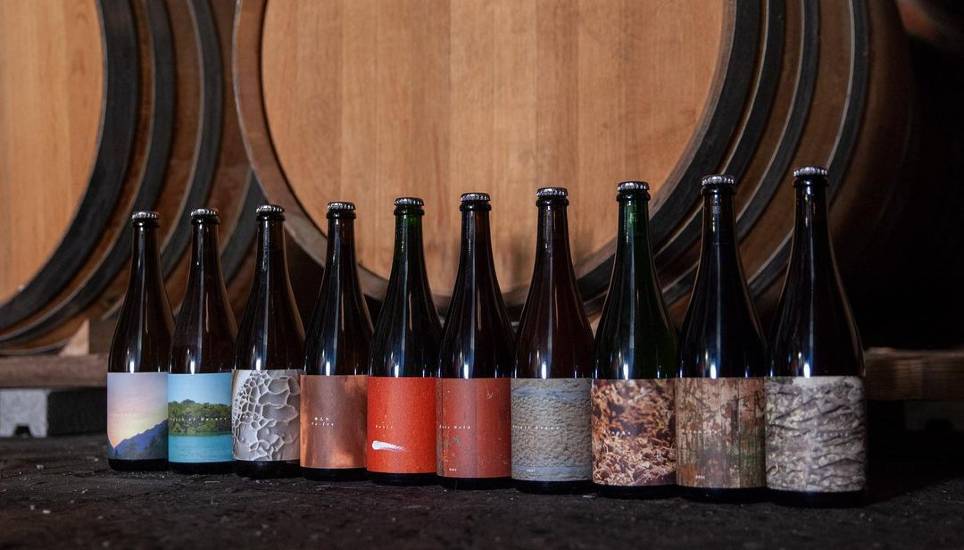 They have been called the ‘makers of Australian wild ales’ and their brews are certainly interesting. Produced with a mix of wild yeast, foraged bacteria, and brewer’s yeast from around New South Wales the wild-fermented beers of Wildflower Brewing have a complex, yet balanced, and very distinctive flavour. Based in Marrickville, try to get down there every Friday and Saturday for beer samples and takeaways. 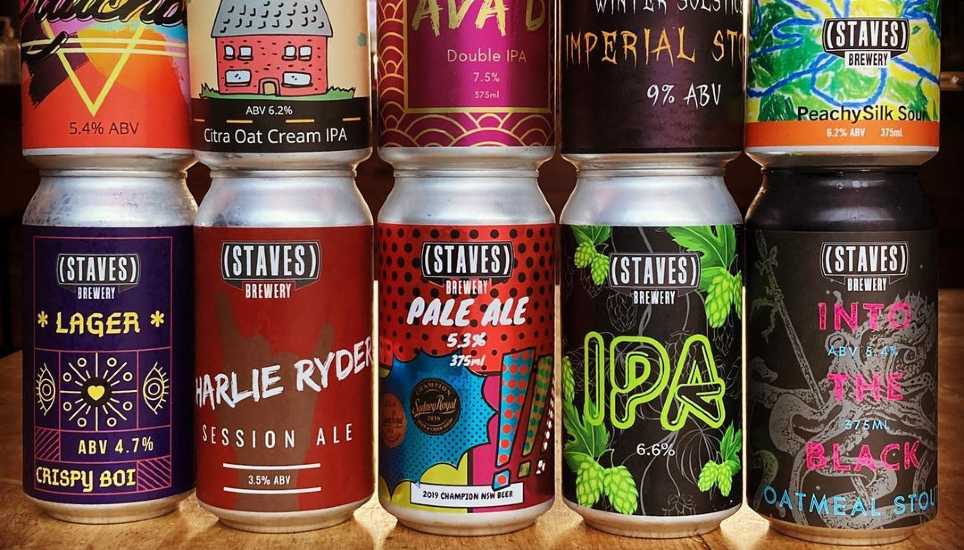 Located in Glebe, Staves Brewery takes the form of a bona fide English brewery. Offering a delicious range of award winning artisanal IPAs, stouts, pale ales and Belgian ales, the venue doesn’t have a kitchen. (Food is provided by Merchants of Ultimo who are located across the street). But they do have great entertainment in the form of stand up comedy, open mic nights and live gigs. 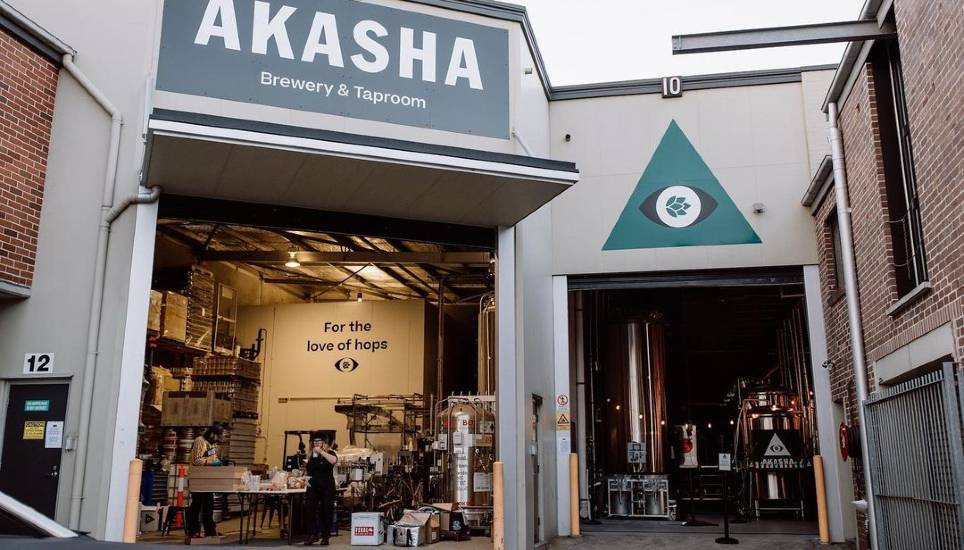 They only opened in 2015, but Akasha Brewing have already developed an excellent reputation for producing crisp, flavoursome and very refreshing beers. Based within an industrial warehouse at Five Dock, this independent brewery adopts a more hop-forward, American style approach to beer production. Their core offerings include a delicious selection of pine and fruit driven lagers, IPAs, and pale ales. 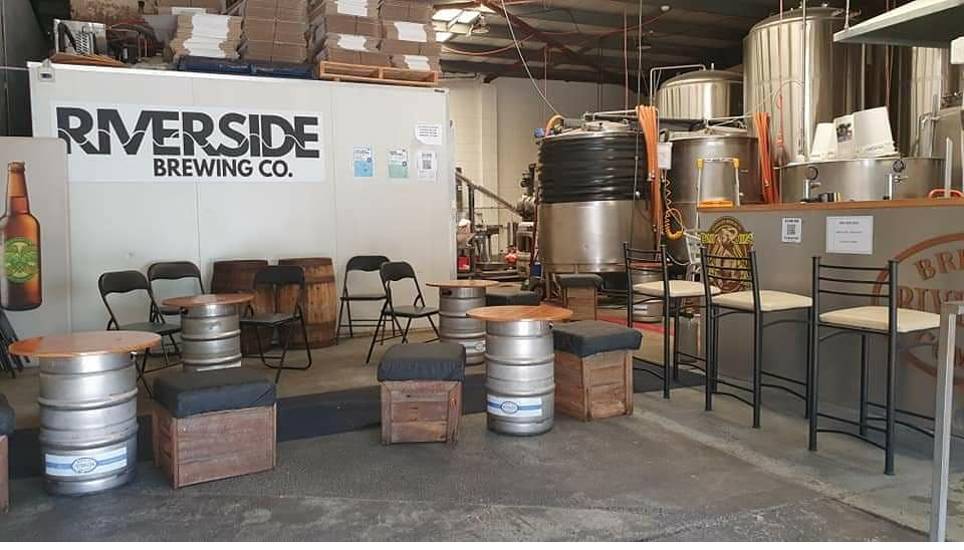 A real favourite in Parramatta, the Riverside Brewing Company are passionate about handcrafting pure and natural beers that focus very much on quality. Their signature Sixty Nine Summer ale is a proudly Australian beer that is brewed with 100% Aussie barley. While the rest of their range includes a fantastic IPA, American Amber, India Pale ale, and a robust porter. 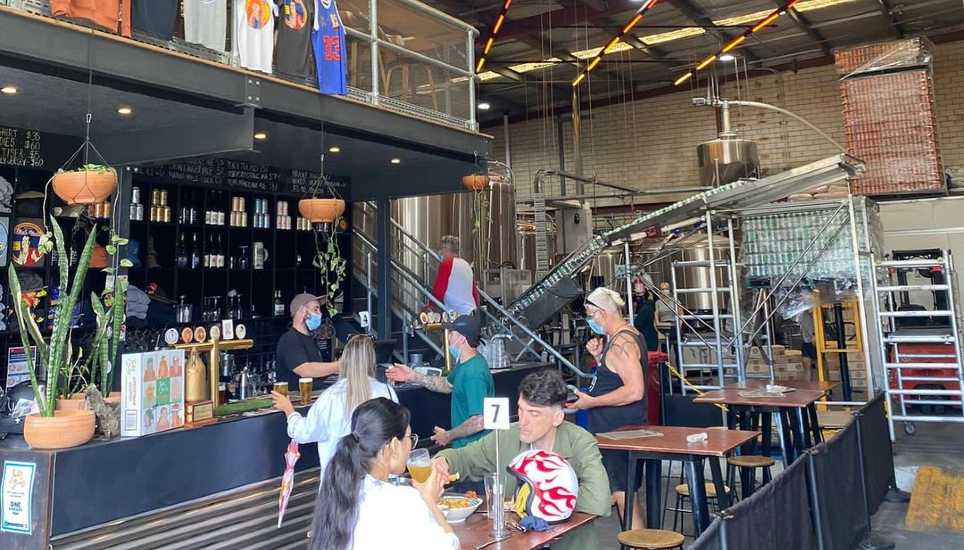 Defying conventional wisdom, Yulli’s Brews is a successful vegan taproom and brewery situated in a warehouse in Alexandria. Run by Head Brewer, James Harvey, who is committed to brewing stouts, lagers and ales that possess no animal-derived products, the beers are created with an emphasis on getting the flavour balance just right. The food menu is very good here too. 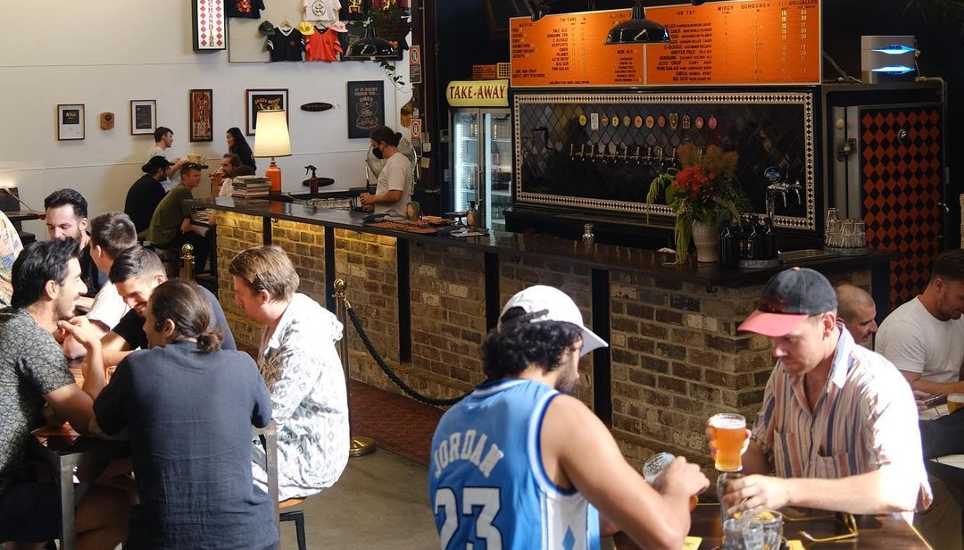 What essentially began as a hobby between three mates, has now evolved into a much loved brand of beer with a notable following. Known for its relaxed industrial warehouse setting, The Grifter Brewing Co is one of a number of exceptional craft breweries in Marrickville. Their signature Serpent’s Kiss is a delicious watermelon Pilsner, while the C-Boogie, a cucumber Kolsch, is a delightful brew too. 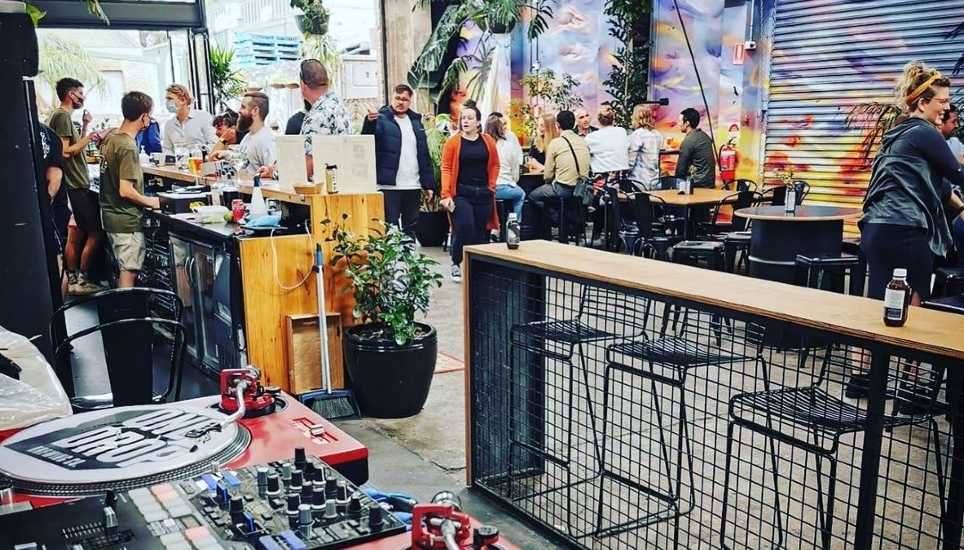 The first micro-brewery to open in South Sydney, the One Drop Brewing Co is all about great beers, reggae music, chilled vibes, good times, and food trucks. Situated in Botany, they have only been open since 2019. But they have already taken out a number of awards for their inventive brews like the Blueberry Sour, Botany Bay Lager and Stout. 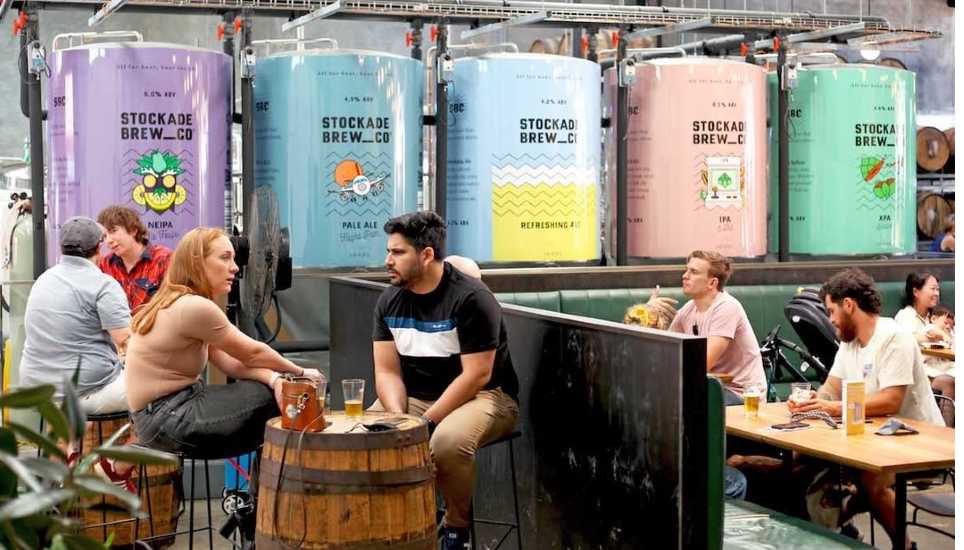 Pretty soon the Stockade Brew Co Barrel Room is going to need a new trophy cabinet. Established in Marrickville in 2015 they have already won over 60 awards for their brews, including the world’s best imperial stout, an honour that was bestowed upon them at the prestigious World Beer Awards. Other celebrated brews include their roly smoked jalapeno porter and maple syrup beer. 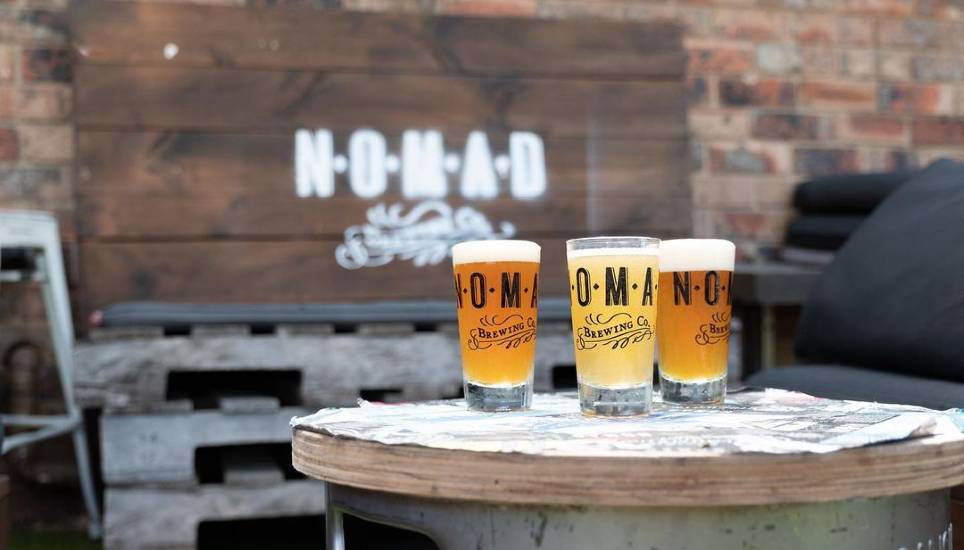 Situated in the Brookvale suburb of the Northern Beaches, the Nomad Brewing Co have been around since 2014. Proudly Australian, they retain links to their Aussie roots by using native ingredients like lemon myrtle, wattleseed and finger lime in their production process. An innovative brewery, their ‘Freshie Salt and Pepper’ brew even features salt water which they source from Freshwater Beach. 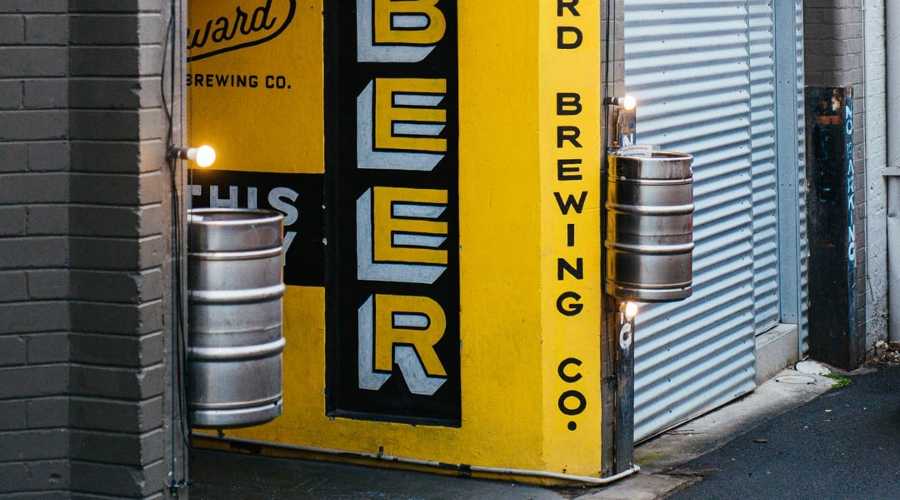 If you love variety then the Wayward Brewing Co in Camperdown is a place you should visit. Ironically located in an old winery, it boasts no less than 24 taps. With a core line up that features red ale, sour ale, Keller bier, India pale ale and a range of other lager. From Friday to Sunday the supporting food trucks are very good too. 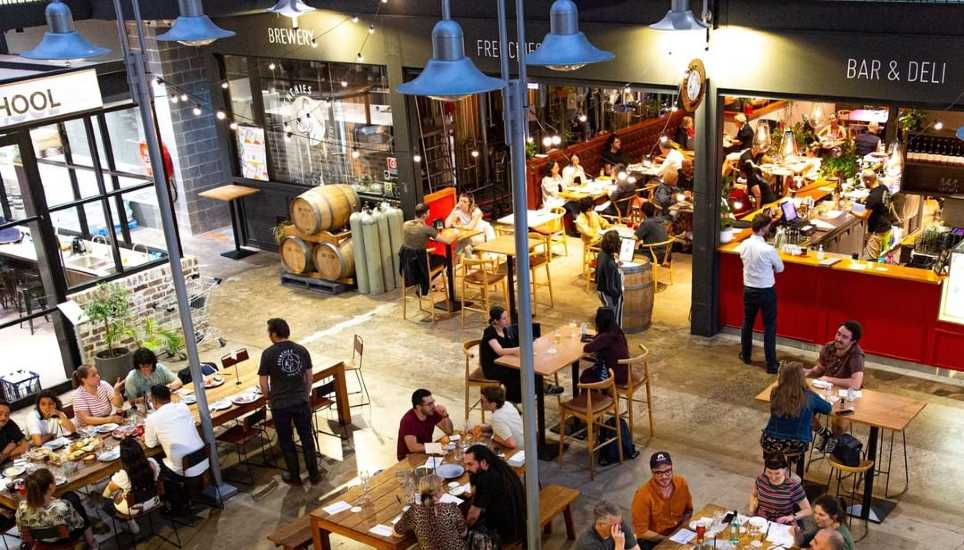 Frenchies Bistro and Brewery is a trendy bistro and microbrewery that is inspired by France. Their five French style core brews concentrate on a different terroir. These include an American pale ale, a German Kolsch, an Australia red rye ale, an old world IPA and a New Zealand pilsner. As you expect from a French bistro, their food offering is delicious too. 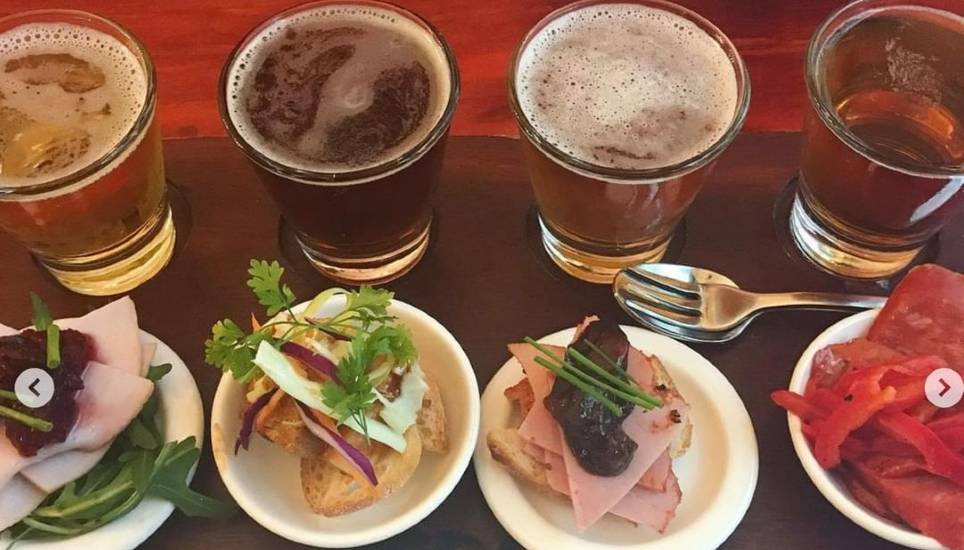 Set up by brother and sister team David and Janet Hollyoak, way back in 2005, the Redoak Boutique Beer Café is a stalwart of the Sydney CBD. Offering up over 20 different varieties of tap and bottled beers, their collection features exceptional pale ales, pommy bitters, Irish stouts, and Flanders sour beers. They also have an entire beer menu dedicated to food pairings too. 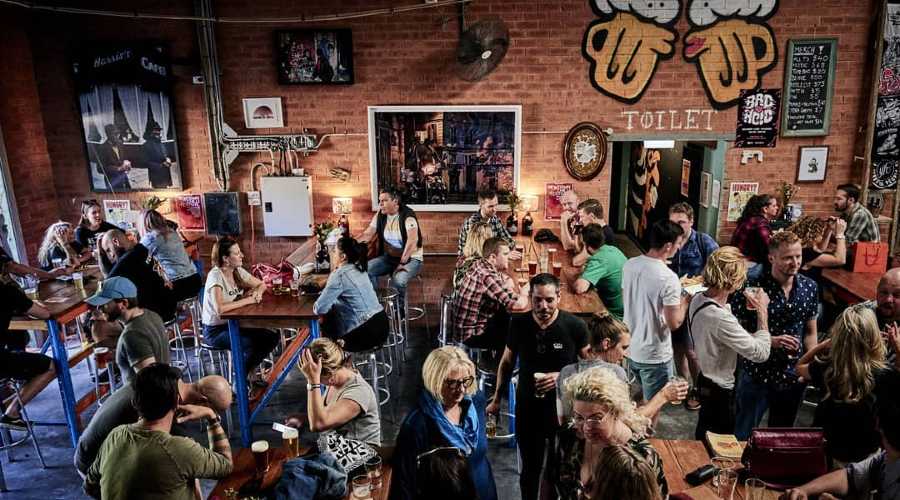 Over in Newtown, Young Henrys is one of the coolest breweries you could hope to visit. Not least because drinkers can observe the brewing process as it happens while they drink. Blasting out rock ‘n’ roll tunes, the brewery has collaborated with the likes of the Dune Rats and the Foo Fighters in the past. Their motto is ‘serve the people’ and they offer weekly tours of their premises. 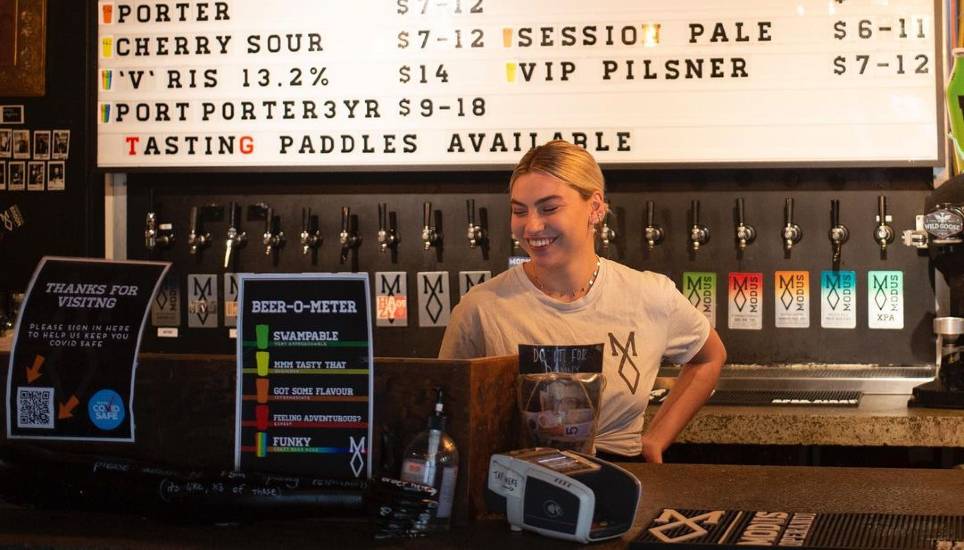 Featuring live yeast which is imported from the USA, as well as hops and malts sourced from all around the world, Modus Operandi Brewing Co focuses very much on their beer. Run by husband and wife team, who spent six months travelling around USA in the name of craft beer research, the brewery’s range of lager, session IPAs, and Aussie pale ales are always exceptional. 14 Harkeith Street, Mona Vale NSW 2103 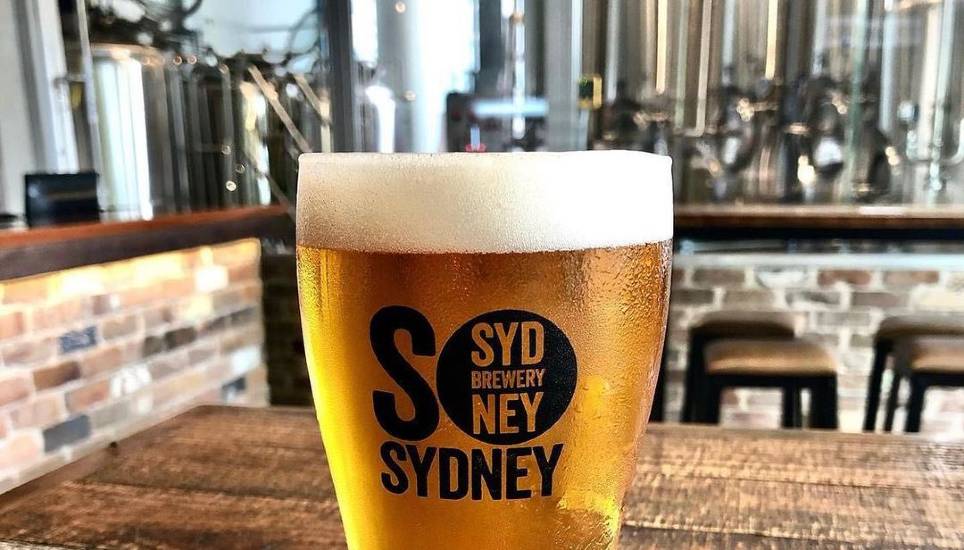 Located in Surry Hills, the Sydney Brewery showcases a range of localised craft beers that are inspired by various suburbs in the city. We’re talking Paddo Pale, Lovedale Lager, Maly Perry, Glamarama Summer Ale, Pyrmont Rye IPA, and Surry Hills Pils – each of which has their own distinctive characteristics. An award-winning microbrewery it also offers a delicious range of pub grub and live music. 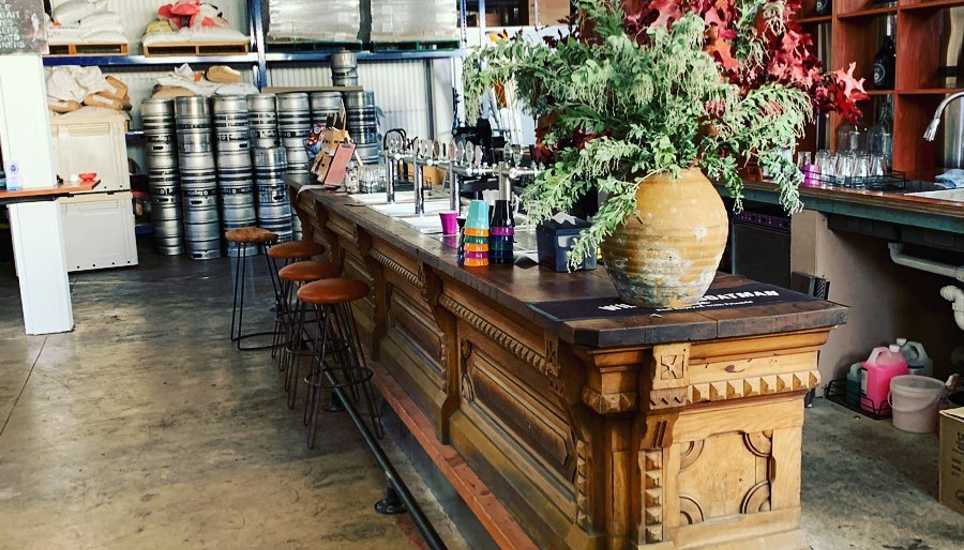 Named after the legend of a convict boatman, Willie the Boatman is an Inner West brewery in St Peters that serves up a terrific range of beers. All of which have their own stories. A quaint nautical-themed bar with plenty of atmosphere, their beers are all named after real people. They include a terrific range of dark ales, XPAs, IPAs and briny pale ales. 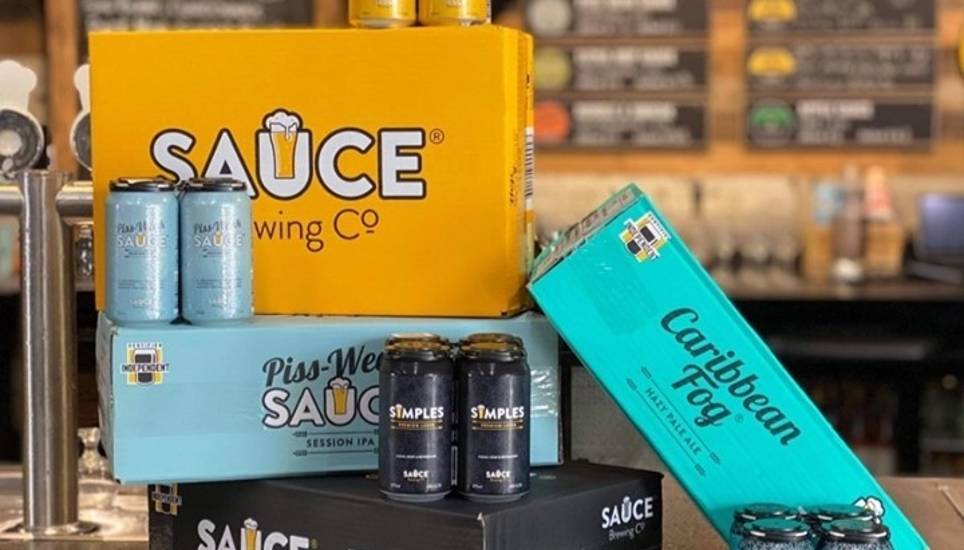 Another venue in Marrickville, The Sauce Brewing Co is a brewery and taproom that is all about experimentation and flavour. Since opening in 2017, they have developed an inventive range of craft beers. These include their flagship ‘Hop sauce’ pale ale, and their ‘Bubble and Squeak’ which is a distinctive New England IPA that can best be described as rather juicy. 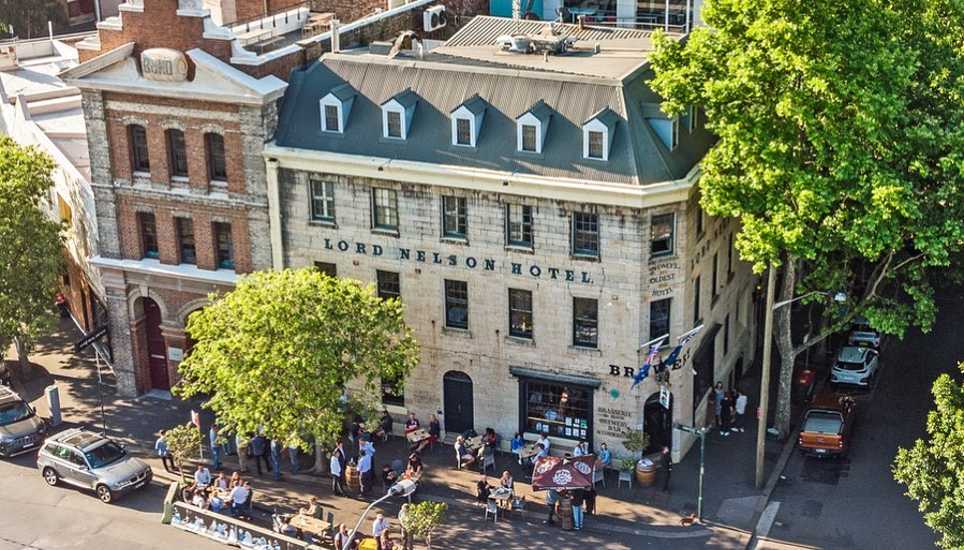 One of Sydney’s longer running pub breweries, The Lord Nelson Brewery Hotel began making their natural ales in 1986. Contained within a stunning 19th-century building on The Rocks, the venue is set out like an old English pub and features stunning views of the harbour. Serving up great food and a range of award-winning beers, this is a great spot to spend an afternoon. 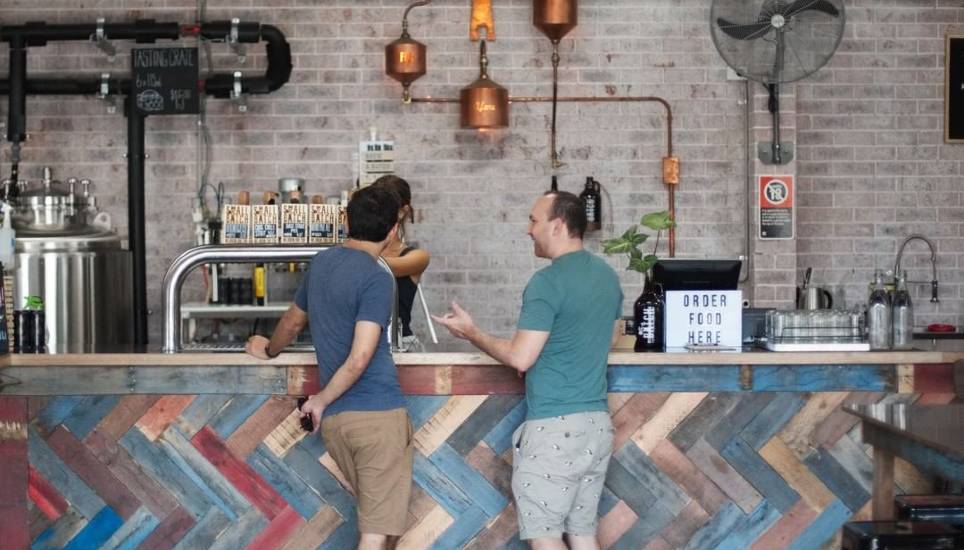 For almost a decade the Batch Brewing Company has thrived in Marrickville with its innovative range of craft beers. Located within a casual industrial setting, replete with leather couches and milk crates for seats, their core range includes IPAs and American pales ales. They boast intriguing names like The Big Kahuna, Elsie the Milk Stout, Señor Spicy Pash and the Magic Dragon, that are sure to pique your interest.