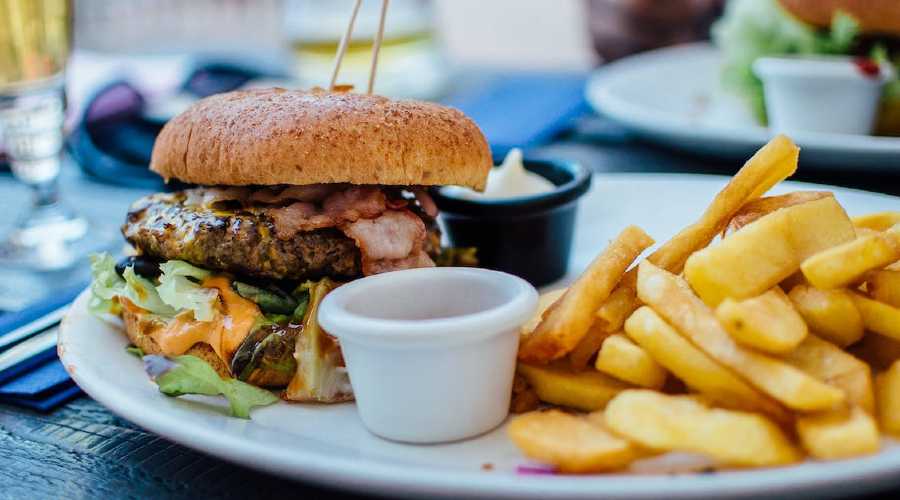 There are presently 1,000-plus burger joints operating throughout Sydney and that is to say nothing of the several thousand more pubs, bars and food trucks of no fixed address slinging them.  While a small few of these restaurants still live and die by a traditional style (of defrosted beef patties, fried eggs, beetroot and similar stacked upon sesame-seed buns), most these days, as per their customers, are much more adventurous.  Ever tried trashcan bacon, truffle-spiked burger sauce or a fish burger with mushy peas?  This list of five of our favourite burger specialists (in no particular order) will give you the inside lane, if no, on doing so. 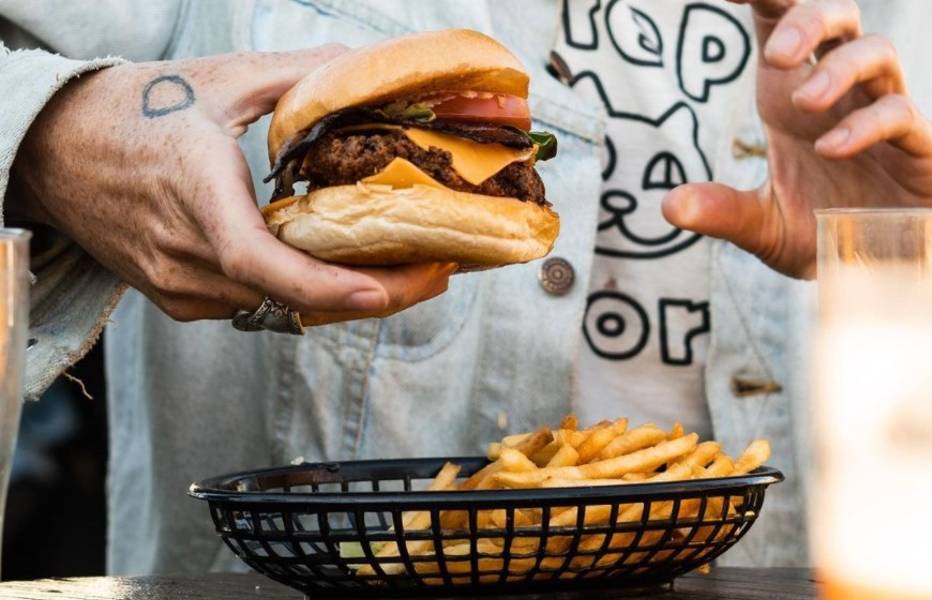 Mary’s, along with cohorts Chur Burger and Dan Hong’s Lotus, are regularly credited as bringing burgers of substance to Sydney circa early 2010s.  Also now with a more polished looking but similarly attituded Circular Quay setup of the same name, the original rock-and-roll-styled Mary’s in Newtown is old, dark, beery and loud.  While Veg, Chicken and Spicy Chicken burgers all served with chips are on its menu, it is the Mary’s Burger and Cheeseburger with O’Connor grass-fed beef that speak to diners the most.  The Mary’s trashcan bacon is smoked on-premises, in a pristine garbage bin of course. 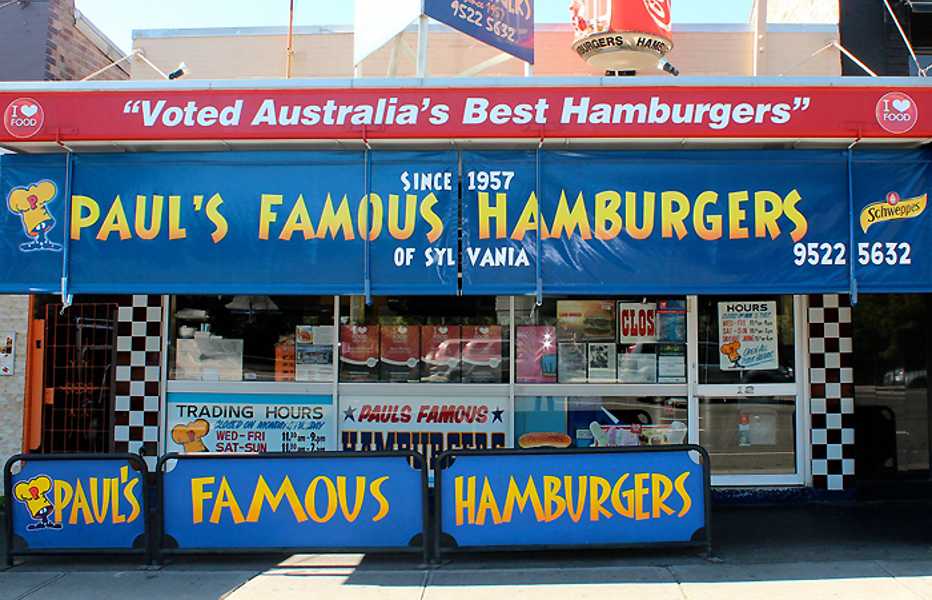 The age-old adage ‘if it ain’t broke, don’t fix it’ rings truer nowhere than it does at Paul’s Famous Hamburgers off the Princes Highway in Sylvania.  They serve classic, housemade burgers prepared via a recipe unchanged for almost 65 years.  Old-school toppings at Paul’s include fresh tomato, raw onions and shredded iceberg lettuce as well as beetroot on the house if that’s your bag.  All churned at high volume out of what resembles a milk bar spotless but not updated since the 1970s, with its carpark forever full of those chasing the Paul’s retro burger experience. 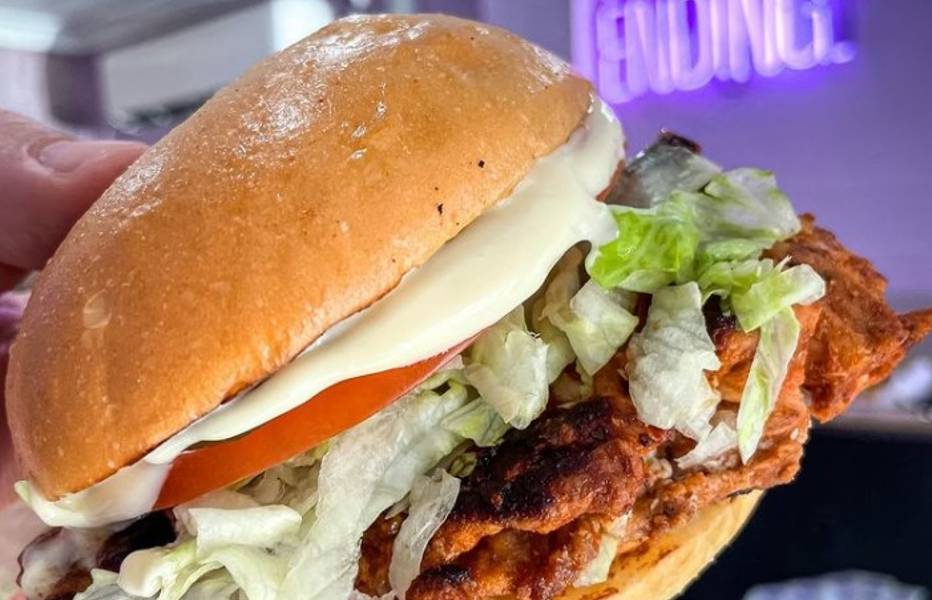 Concord burger joint Happy Ending was created by well-known food trucker Gee Ozgen (of Mister Gee) in 2017.  It’s more or less a hole-in-the-wall with only very limited seating and a menu of four simple-but-effective burgers straddling the line between traditional and experimental.  Diners seeking something more old-style may go for the No Mustard Please, an unfussy cheeseburger complete with juicy dry-aged patty, caramelised onion and sharp-tasting sauce atop a toasted and sweetened milk bun.  Those feeling like something more out there might lean toward The Truffle with pickles and a secret truffle-infused sauce. 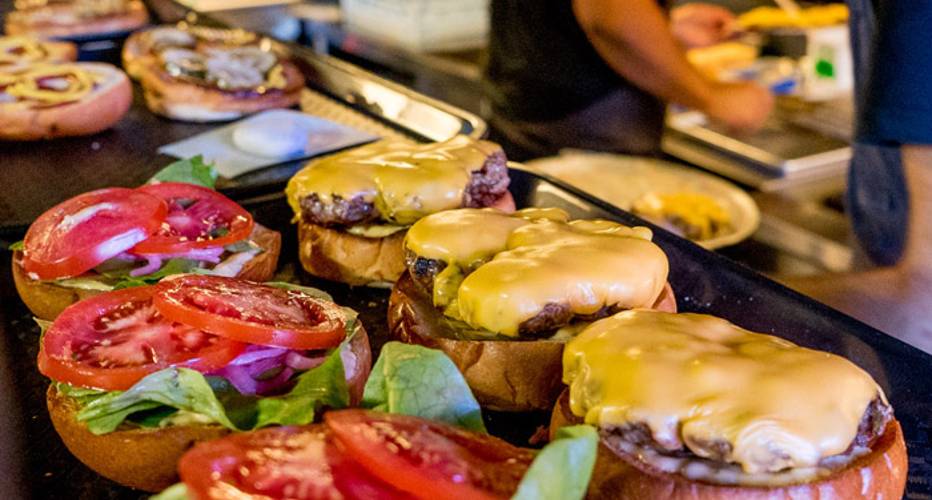 While by the same owners as drinking spots Grandma’s Bar and Wild Rover both with very limited eating options, Burgerhood is more akin to its neighbouring sister restaurant Wilhemina’s via much stronger focus on food.  And, whereas Wilhemina’s offers modern Australian dishes designed for sharing, Burgerhood (as per its name) is all about burgers either traditional or inventive.  Its Hood, Cheese and Bloody Mary Burgers all come with free-range beef patties made from brisket and chuck.  Also on the menu are both the beer-battered ling-fish burger with mushy peas and smoked mussel sauce and Burgerhood’s vegan burger with a red bean-based patty topped with nut cheese and Greek-style skordhalia sauce.

Nameless Bar is a second-floor Liverpool Street CBD hangout signposted only by a neon ‘Bar’ sign and arrow atop its flight of stairs.  And up these is a cool space complete with pinball machines, arcade games and kitsch 80s and 90s cartoons streamed on TVs.  It’s the piled-high American-style burgers though that bring punters to the never-ending Nameless Bar party.  Examples include a two-patty Wagyu version with cheese, onions, jumbo pickles and tangy sauce as well as the sky-high Ape Style with a deep-fried cheese patty and fries added on top of the same.