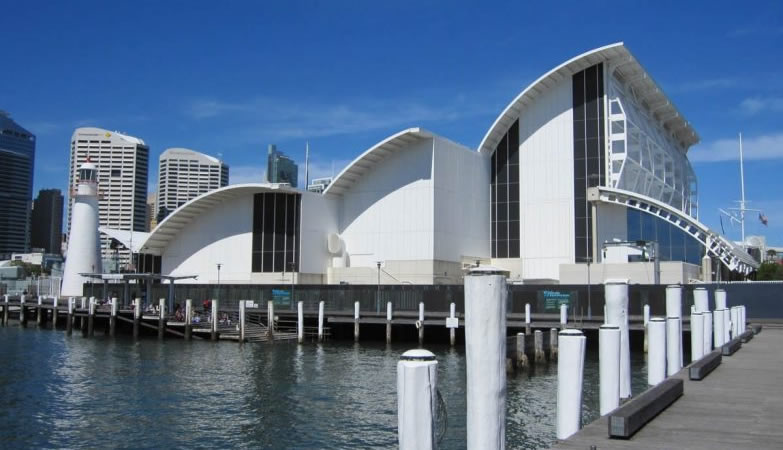 Darling Harbour, close to the site of the first British settlement at Sydney Cove, soon became the cradle of the colony’s maritime commerce. Later, this inner-city branch of Sydney Harbour served as the industrial and cargo transport hub of New South Wales. Here cargo ships from local ports and across the world docked and departed, immigrants arrived in streams of thousands to start a new life in a new land and waterside workers – wharfies – became engaged in a struggle against work conditions and practices they found increasingly oppressive

Darling Harbour’s importance as a transport hub accelerated through the 19th century as NSW’s railways reached out into regional areas, drawing more and more primary produce into the capital for shipment out across the seas. Large tracts of land, particularly on the western side of the waterway (where the museum now stands) were given over to railway lines and sidings, storage sheds and workshops.

And then came a period of extraordinary change. With the introduction of new cargo handling technologies, particularly containerisation, Darling Harbour’s port activities started to move away from the city centre to Botany Bay and other places. By the 1980s Darling Harbour was almost redundant as an industrial centre and transport interchange. It would soon pass through a remarkable transformation – to become a relaxed and welcoming harbour-side recreation and tourist district.